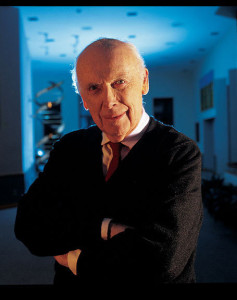 Each inherently understood that the pharmacological / medical-industrial complex was rife with individuals, companies and entities driven to accumulate wealth, rather than bring true health and healing to their customers, clients, patients. 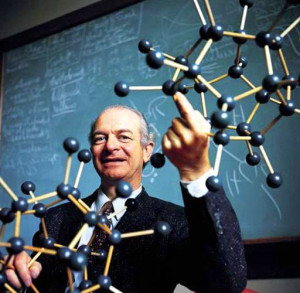 In the case of cancer, there are a number of gentle and non-invasive cancer treatments that work effectively, above and beyond the much more profitable, coventional methods such as chemotherapy and radiation.

Both Dr. Watson and Dr. Pauling were acutely aware of this, and deplored the actions of their fellow physicians and researchers who refused to acknowledge this.

One such treatment involves Dichloroacetate. Evidently, this DCA compound “awakens” the mitochondria of cancer cells, allowing them to commit cellular suicide, or apoptosis.

BUT, because this compound is so cheap and readily available, no company will seek the necessary FDA licensure because of the lack of profitability. Thus, millions of cancer patients are being deprived of a highly inexpensive, gentle treatment that could be much more effective than the expensive and deadly conventional treatments.

Dr. Watson and Dr. Pauling stand tall amongst medical professionals as harbingers of the sad and story state of the modern medical industrial complex. Their quotes stand as a testament to the current medical status quo.

Until things change, many natural, gentle, non-invasive and highly effective cancer treatments will be thrown to the wayside in favor of much more highly profitable methods. As they say, one must “follow the money.” 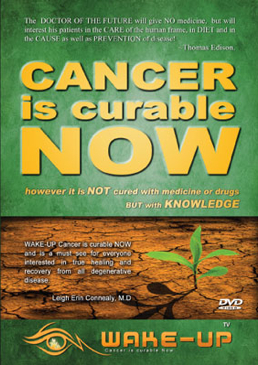 Re: Cancer Is Curable Now

“This film was created by Marcus Freudenmann and his wife Sabrina, who is a naturopathic doctor. They spent almost three years traveling around the world interviewing experts in the field of alternative cancer treatments. You’ve probably seen many of the experts in books or even on TV.

The product of all of their travel and research is a groundbreaking film containing one of the most profound messages you will ever receive. Here are just a few of the important things you’ll discover in this film:

• The biggest reason that “the system” does not want this information to get out.

• How doctors are practically “sentencing their patients to death” with nothing more than the words that come out of their mouths.

• Why you must reverse the deadly brainwashing you’ve received from the medical community about your health. Your life really does depend on this.

• The real causes of cancer (chances are, you have plenty of them lurking in your home!) and what you can do about it.

• The food that cancer cells absolutely love! The experts in this film reveal why it’s absolutely crazy to offer it to cancer patients, yet you’ll find this food in doctors’ offices all across the country. They either have no idea about its harmful effects or they simply don’t care!

• Smarter alternatives to deadly chemotherapy that don’t fill your body with poison.

• How to “test your doctor” to make sure they actually have your best interest at heart. Tell them these 3 things and listen to their response. If they don’t respond “correctly,” you should run away as quickly as you can. Your life depends on it!

What you will discover in this film is nothing short of amazing. And the best part is, it can save lives… maybe even your own!

If you or someone you know has been touched by this disease, you and they deserve to know the truth before it’s too late.

The fact is, things need to change so people stop dying from this horrible disease.

How do you change things? When enough people vote for change, it will happen. You can vote for change right now using the only thing the pharmaceutical industry cares about: MONEY.”

We always recommend that you consult with your physician and certified health professional practitioners regarding
ANY and ALL health questions and concerns. All information contained within this website is for educational
and/or entertainment purposes ONLY.

Take charge of your health! Be knowledgeable, informed, independent, discerning! : )